Leaving the busy EN125 behind, the group followed the course of the Gilão river from Tavira, heading north on the N397. Flat, fertile pastures gave way to hilly terrain, focussing the riders on the twisty tarmac. New tarmac brought us to a man waving a stop sign. ''Quinze minutos'', he said. Nineteen engines were switched off, cigarettes lit, and conversations began. The tarmac ahead on our side was still wet. Two vehicles came the other way, engines were started, and off we went, riding on the left! 5km on, and we returned to the dry tarmac on the right side. In the hamlet of Portela de Corchas, we turned onto the N508 and variable road surfaces. This road is on the ridge of the serra, at almost 400 metres. Beautiful views and long sweeping descents led us to Cabaços and coffee. This restaurant/snack bar is Tardis-like; small outside, spacious inside. Recharged with caffeine, we came to the bridge at Parque de Merendos de Bentos over Ribeira de Odeleite. Lateness meant quick photos, then on towards Cachopo, past fast turning wind-turbines. Wider roads allowed a faster pace and onto the N124, heading west. This terrain has broader hills and wide, sweeping road curves. Salir, then the stunning Rocha da Pena, down the hill into Alte, and a delicious lunch at O Folclore, entertainment by Balthazar.

Meeting in the West near Odiaxere the leaders Andrew Chilton and David Shirley were assisted by Dave Loewy and Michael Jensen. Michael also adopted his usual role of official photographer for the day.

From the start on cold windy day riders passed the Barragem Bravura before heading north to Marmelete and on through Monchique.

A chance to enjoy the views from the curving road on the way to a coffee break at Restaurant Monchiserra near Sao Marcos de Serra.

Now south to S B Messines and east through the quiet countryside to the pretty village of Alte to join the group from the East for lunch.

A great time was had by all. 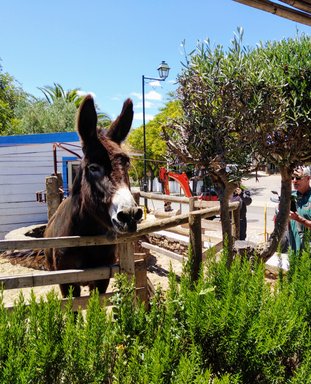 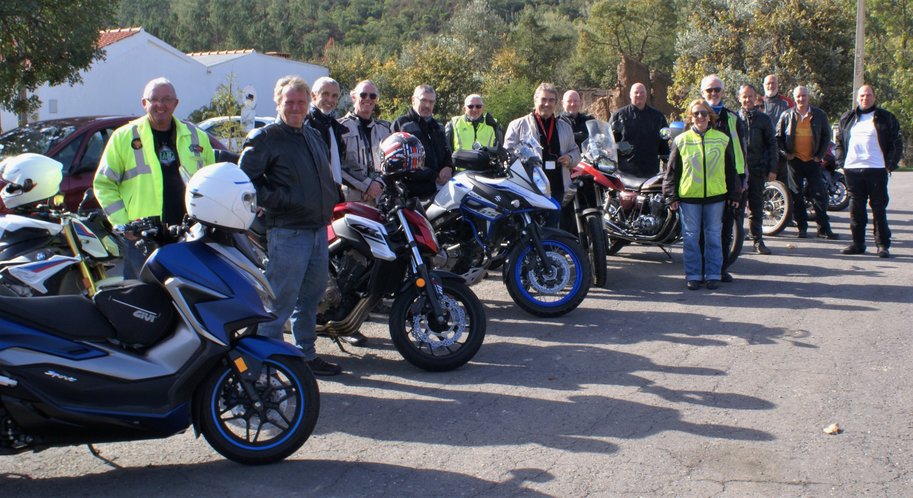 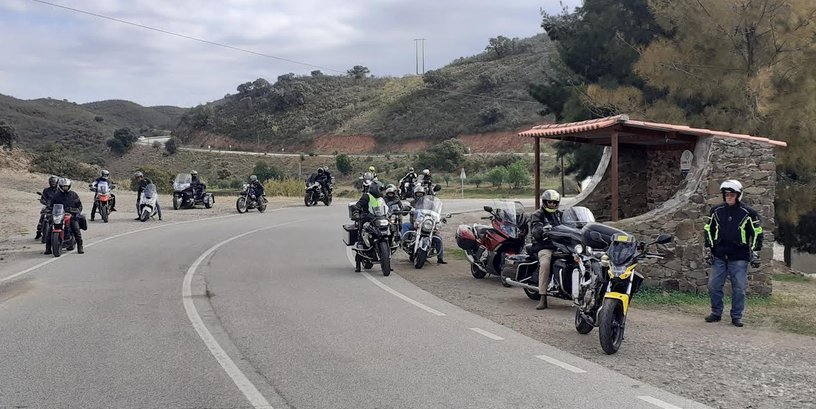