below from the AFPOP Website who provided this update.  Group sizes have been reduced back to 5 people.

With regard to this current information I we have to  continue of the suspention of our larger group activities for the time being.

The ASB Challenge and Photo Challenge can continue with small groups of no more than FIVE people.

Please note you can not have for example 15 people on a ride and divide into 3 groups of 5 people.

This will not comply with the rules. You must avoid areas in lockdown when riding to waypoints.

THE CHALLENGE WILL BE SUSPENDED FOR THE TIME BEING IF THE SITUATION GETS WORSE.

I think the health and safety of our members and others must be paramount as many of us must fall into the high risk category.

Please understand that it is better for the ASB to be seen to be acting responsibly in these difficult times.

Normal service will be resumed as soon as possible.

For people wishing to report any health problems they can contact the SNS health line 808 24 24 24.

Below is the  alphabetical list of areas of Portugal affected by the increased
restrictions on circulation which come into force at 00:01 on Monday 16th November until
Midnight on Tuesday 1
st December. The situation will be re-evaluated every 15 days. 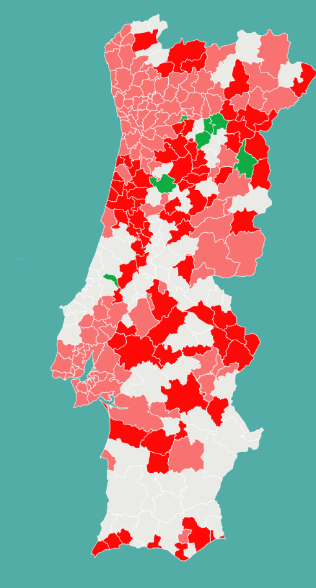